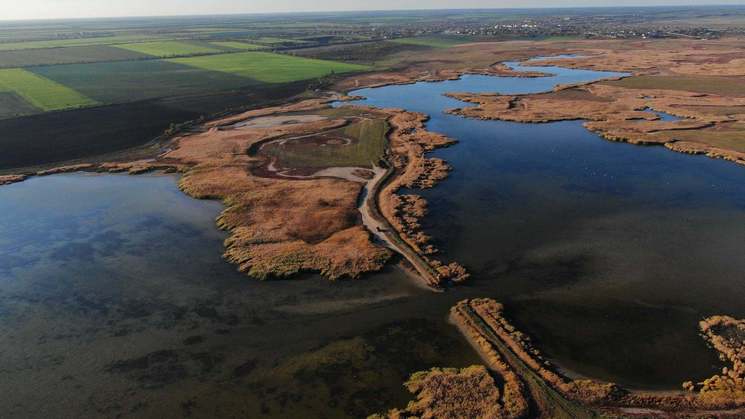 A battered old military truck and rusting Belarusian tractor are perched on the edge of degraded wetland in the heart of the Danube Delta Biosphere Reserve. They have been hastily deployed in a desperate attempt to save an excavator from being swallowed by the squelching earth beside the obsolete Soviet dam it is trying to demolish.

In the 1970s, 11 earth dams were built on the Sarata and Kogilnik rivers as a crude alternative to footbridges to access the area’s aquifers.

Ornithologist Maxim Yakovlev remembers that prior to the construction of the dams, the local rivers slowly meandered through a rich wetland ecosystem which would store, hold back and slowly release water after heavy rains. “Back then, before the dams, when the ecosystem was functioning properly, we had healthier soil and vegetation,” says Yakovlev, as he skirts the edge of a reeking swamp near the tiny, ancient town of Tatarbunary on the northern fringe of the reserve, a 100-mile (160km) drive south-west of Odessa.

“My grandparents told me how different it was here and how so many more fish, birds and other creatures lived here before the dams were made, but the dams quickly devastated the ecosystem,” he adds.

According to Wetlands International, about 64% of the world’s wetlands have disappeared since 1900 and nearly 90% since the start of the industrial revolution.

Rewilding Europe is working to enhance wetlands all over the continent, but especially here, in Europe’s biggest wetland. Only 20% of the Danube Delta ecosystem lies within Ukraine, but thanks to the Endangered Landscapes Programme and a modest crowdfunding grant raised by Rewilding Europe in conjunction with the Dam Removal Europe initiative, Ukraine’s portion is growing. 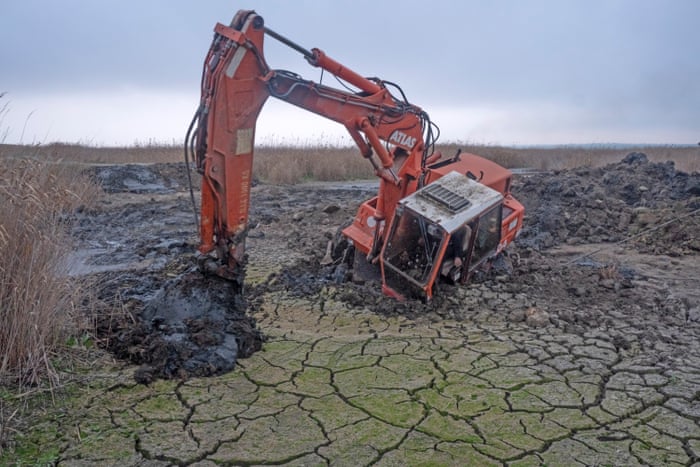 “Without the dams,” Yakovlev explains, “former polders are being reflooded and the shallow waters and reedbeds will become new spawning grounds and nesting sites for many endangered fish and birds. Upstream in Moldova, work is beginning to improve the river flow there too, so these are exciting times for us.”

Yakovlev is part of a team of biologists and conservationists working for Rewilding Ukraine, a local branch of Rewilding Europe, which is overseeing the dam removal scheme, now nearing completion. “Just in the last few weeks, as the first dams were removed, we have seen shoals of fish return and otters establishing new territories,” says Yakovlev. “It’s amazing how quickly Mother Nature can recover – she just needs a helping hand sometimes.”

Some 60 miles from Tatarbunary, in the heart of the reserve, another Rewilding Ukraine project is taking shape on the island of Ermakov. Biologists are studying how the introduction of large herbivores regulates and improves wetland ecosystems.

From a boat on the water, Rewilding Ukraine team leader Mykhailo Nesterenko points to the shoreline. There, fleetingly, we get our first glimpse of some of the dozens of wild konik, a breed of primitive Polish horse that was reintroduced to the island earlier this year. “These large herbivores will play a very important role in the Ermakov ecosystem,” explains Nesterenko, “and we will be bringing other creatures to the island soon, including kulan donkeys.”

On the island, a wooden bird-watching platform allows us to observe huge flocks of geese, ducks, and other fowl landing and taking off from shallow waters teeming with noisy frogs. “The viewing platform was built in the summer. From up here you can see how much has changed since we removed some of the dams,” Nesterenko says. 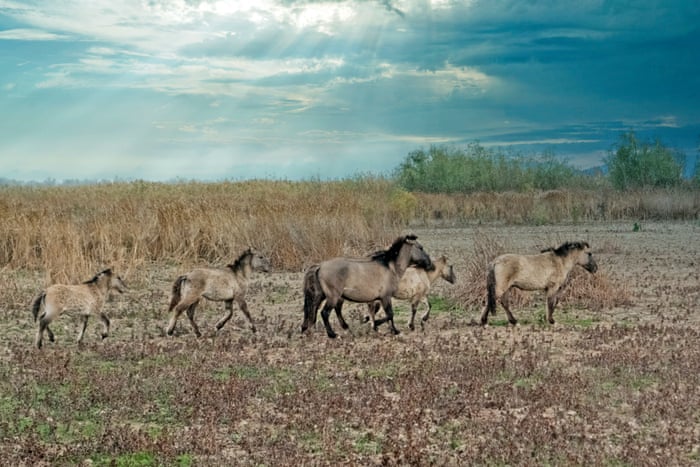 The island is also home to 17 water buffalo, and a recently born calf. The water buffalo are standing 100 metres away, munching on hay from a wooden wagon near the soon-to-open building that will host rewilding tourists.

Nesterenko says they were gifted by a German eco-entrepreneur, Michel Jacobi, who reared the animals on his farm near Khust in Ukraine’s Carpathian region, where he produces mozzarella cheese from the buffalo milk. The buffalo arrived on a barge in the summer and have settled in well, but with winter beginning they are being given extra food and carefully monitored.

Although they are tame, they are still able to live in the wild and their wallowing habits will improve the wetlands immensely, Nesterenko says. “These animals are one of nature’s great engineers and they open up the scrub and reedbeds, creating pools and puddles which are home to many insects, amphibians and fish.” 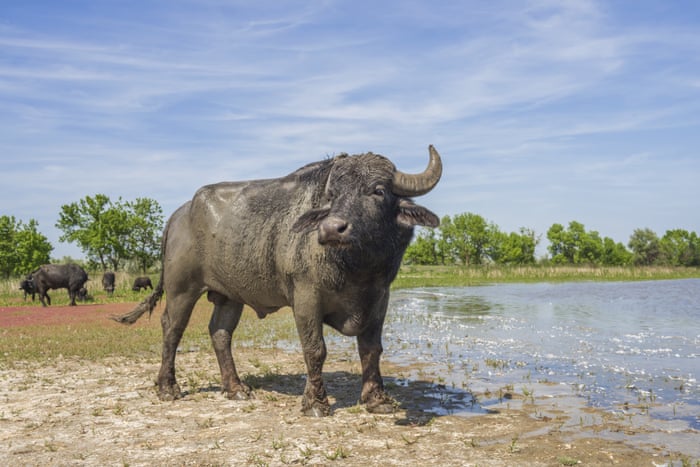 Nesterenko is hopeful for the future of wetlands, but knows there is still much to be done.

“We need to learn from the Dutch, who used to suffer terrible flooding. They learned everything about hydrology, the value of wetlands and large herbivores, and how to withstand and thrive in a watery world. And the whole world needs to know, otherwise we simply won’t survive.”

Posted on: The Guardian