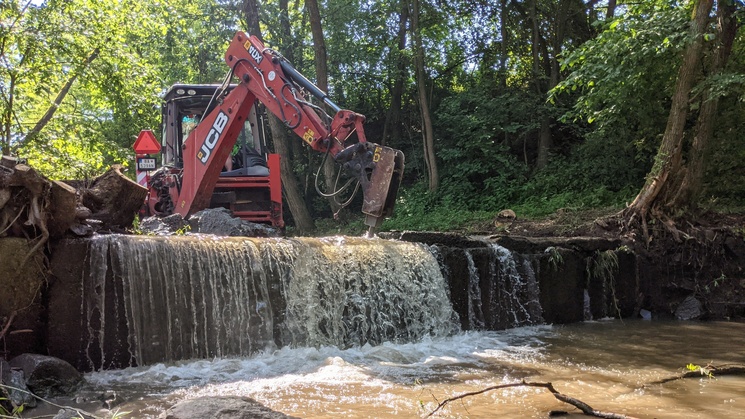 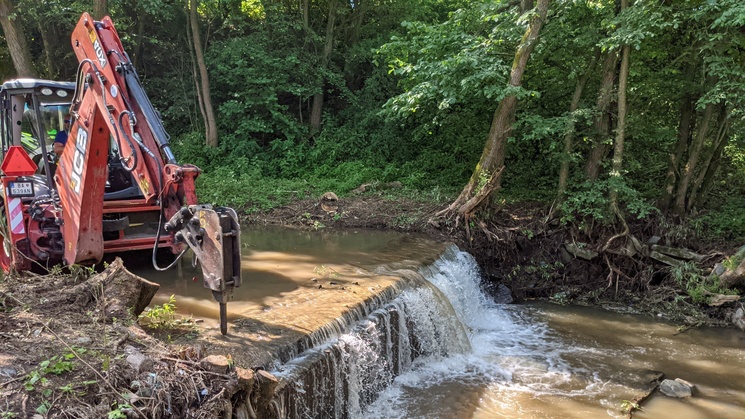 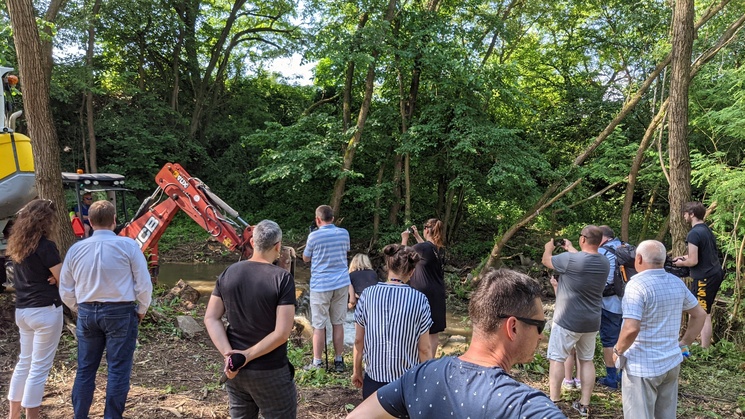 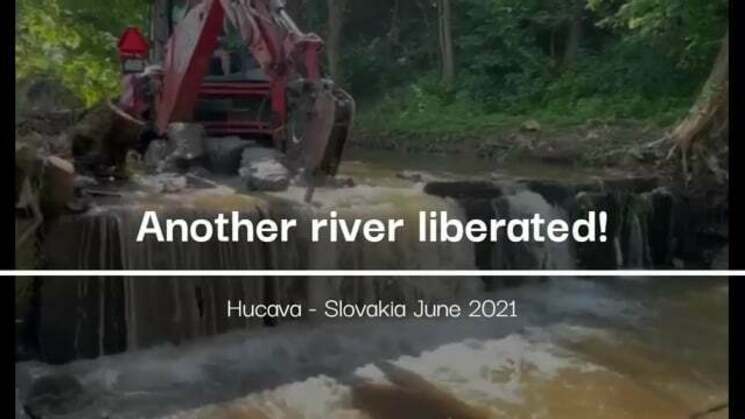 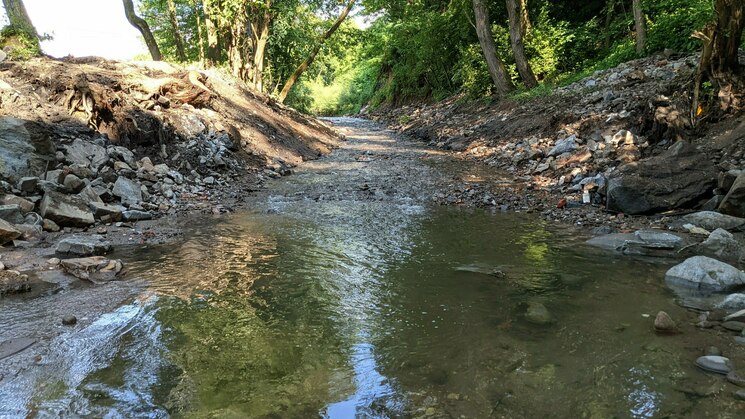 Huvaca river weir has been removed!! Thank you!!

Good news for rivers! WWF Slovakia removes a dam thanks to everyone's participation!

The removal today of the largest barrier on the Hučava river, in Slovakia, has come true after a flash citizens' fundraising action last month of December, through WWF's FreeTheRiverToday.com platform. Next month the Big Jump 2021 Simultaneous Dam Removal Crowdfunding will sentence 6 more dams to be banished, freeing many rivers in different European countries at the same time.
The Hučava river can finally flow free thanks to today's removal of its only barrier. This success was achieved thanks to dozens of donors that participated through the crowdfunding platform FreeTheRiverToday.com led by WWF and coordinated with different partners in the Dam Removal Europe coalition. In the past years the platform has witnessed hundreds of citizens funding dam removals in 13 other river barriers across Europe, may of which are also already demolished.

The first human intervention into the river flow starts in Očová village. The river was straightened out and deepened, original meanders have disappeared, the river banks were built up to protect the surrounding buildings. Two barriers were built on the river, the first one directly in the village – where a fish pass is planned to be built, and the other, which is just being removed, under the village. After the intervention on both barriers, 25 km of the river will be freed.

“Removal of dams which are old and useless is the best way of freeing a river. It improves its ecological status and biodiversity, restores the function of the river landscape, including water retention, and thus contributes to the mitigation of climate crisis. Hučava dam removal is just a beginning. Together with other partners, we already finalise an evaluation of other river barriers suitable for removal," says Miroslava Plassmann, CEO of WWF Slovakia.